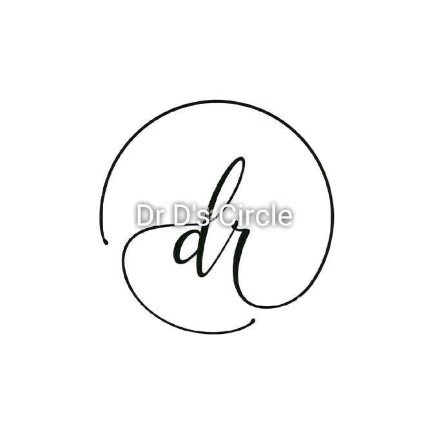 Prof. Dr. Victor S. Dorodny, an experienced Anesthesiologist and Critical Care Physician, board certified by the American Academy of Pain Management, graduated USC Executive Management Institute in Health Care and received a Ph.D. in Health Informatics from International Informatization Academy. He is a Fellow of the American College of Physician-Executives (ACPE), a Fellow of the American College of Ethical Physicians (ACEP), an Associate in Medicine of the American College of Legal Medicine (ACLM); Prof. Dorodny is a co-founder of the International Society of Technology Assessment in Health Care (ISTAHC), creator of a proprietary Health Technology Assessment (HTA) methodology, as well as a Registered Federal Arbitrator. His executive positions with private and public companies include President, Chief Medical Officer, Chief Medical Information Officer, Chief Business Development Officer, and Chief Scientist. Prof. Dorodny is a coauthor of the US Health Insurance Portability and Accountability Act (HIPAA), and is the past President of the Western Division of the National Association of Managed Care Physicians. Prof. Dorodny has authored numerous books, articles in mass media publications, peer reviewed journals and trade publications. His editorial board appointments include AMHSR.org (Editor-in-Chief), Managed Healthcare, The Medical Reporter, US Pharmacist and Information Security Journal. Frequent keynote presenter at national and international conferences, and featured guest on national TV and radio, Prof. Dorodny is also an Active Academician with the International Informatization Academy (IIA) and a frequent participant in projects at the Institute for Alternative Futures, National Association of Consulting Pharmacist, and Joint Commission for Accreditation of Hospital Organizations (JCAHO), National Pharmaceutical Council, and US Food and Drug Administration. As a subject matter expert, he has testified in front of the US Congress, the California Judiciary Committee, and the California State Senate.

TRI-PAC Health and Wellness Advocacy, operated by Robert A. Donin, MPA, is nationally recognized non-profit, well known and respected for obtaining the best possible results for its clients.

Since its inception TRI-PAC continues to assist both patients and conscientious providers to deliver best appropriate care vis-a-vis HMO bureaucrats and stockholders; and powerless and/or financially counter-incentivized physicians.

Over the past 30 years we were fortunate to be able to assist hundreds of patients coping with life changing illnesses with such issues as denial of care, appropriateness of care, access to care, limits of coverage, out-of-network services, to name a few.

Governed by a respected Industry Advisory Board, TRI-PAC has been extremely effective working with local, state and national legislators and regulators to influence policy and politics of health care, as well as the practical aspects of delivery of health services.

We are proud to successfully defend the health consumers rights of our members/clients in their fights with the likes of Kaiser Permanente, Humana, Blue Shield, Health Net and others, whose bad faith actions and inaction’s were jeopardizing patent’s lives and wellbeing.

Medical Travel & Digital Health News: Tell us about yourself and your organization.

Victor Dorodny (VD): We are called TRI-PAC, which stands for Patient-Provider Partnerships for Appropriate, Accessible & Affordable Health CarING and we are an advocacy group that has been around since 1993. We deal with access to healthcare problems relating to both insurance coverage and benefits.

Over the past seven years, I’ve been in the telepsychology and telepsychiatry space mainly dealing with the underserved senior population. This population was underserved even before COVID-19, and now there is an added three years of extreme social isolation for this group and all the other underserved groups. So that has been the focus of what we’ve been doing.

There are two issues I would like to address:

Second, there’s the issue of provision and the delivery of actual physical services to the population which has been a big problem.

MTDHN: Can you identify the underserved groups?

VD: The first underserved group is children aged 18 and younger. Out of 73 million children in the U.S., 20 million (~27%) of them are underserved.

We then have the senior population that makes up around 54 million (~16%) of the general population.

LGBTQ+ community makes up about seven percent of the general population.

If you look at all these numbers combined, around 58% of the general population are being underserved in both the Telepsychology and Telepsychiatry arena.

MTDHN: Their behavioral health problems are all different, correct?

There are several progressive organizations in the field who not only offer psychological care, but also emotional care and support. This is extremely effective in preventing emotional issues from becoming psychological or even psychiatric issues. They’re easier to address and deal with in the earlier stages.

There are a number of ways to deal with behavioral health issues that are amenable to telehealth. For background, I’ve been involved in telehealth since 2008 when I became the Chief Medical Officer for US Tele-Medicine, which was later acquired by GE Healthcare.

Many behavioral issues can be taken care of without “anybody putting a hand on a patient”, as the state of California puts it. In order to be able to make a diagnosis, order and perform treatments in California, the state requires a good faith medical exam, meaning, a physical examination of a patient.

Telepsychology is different because it does not require brick and mortar on any end, neither on the recipient nor the provider end. That’s what makes it extremely cost effective and easier to use. We can provide the highest level of care where the regular level of care starts – with just a phone call.

MTDHN: Are you a not-for-profit organization? Do you make referrals?

VD: We are 100% not-for-profit and we are funded by our members. We have a lot of patient members who are champions of telepsychology.

We don’t deal directly with patients that require care. We deal with coverage and payment for the required services.

We also deal with due diligence on the companies who provide the services. I’m aware of at least 12 companies in the field who are doing all kinds of different things. Some are effective while others are not, and they’re all for-profit.

MTDHN: Who pays for the care?

VD: If it’s covered by insurance, employers pay, but if not, then the patients pay. Many times, nobody pays—meaning, the patient doesn’t have the coverage, money and services to get the care they need.

This is what’s causing a crisis because there are a lot of people who know that they need help and are seeking help but cannot afford it.

There are some companies that will let you pick a provider or counselor. They then offer a “pay as you go” option where you have to pay by PayPal, Venmo or Zelle, making it an out-of-pocket expense. This creates a new subgroup of people who simply cannot afford the care.

MTDHN: How do you help those people? Do you raise money for them?

VD: No, we do not raise money. We work with providers of service companies that are doing a certain percentage of pro bono cases.

The biggest thing is that we are an educational organization. When we work with these companies, we work with them for each underserved group that I identified above, and we teach them what the specific issues of each group are.

The Muslim community are going to be slightly different from the LGBTQ+ community, for example. So, they all have a subset of issues and different factors to receiving psychological services.

The most recent guide that we go by was published by American Psychiatric Association in 2019. It is titled, “Stress & Trauma Toolkit for Treating Historically Marginalized Populations in a Changing Political and Social Environment.” This is the most recent complete guide that our organization utilizes.

MTDHN: I applaud what you are doing. Tell me about substance abuse. Is this still a major issue in America in terms of mental and behavioral health?

VD: Absolutely. It is through the roof. I don’t consider it simply as a major “problem”. I consider this issue as a pandemic. The real pandemic is substance abuse.

With COVID, we have things under a bit of control now with vaccines and yearly booster shots. But substance abuse is extremely difficult to control.

Younger people mainly abuse drugs and alcohol because it’s cheap and attractive. On the other hand, there are the older adults who may have less mental capacity and can be easily imposed on by polypharmacy.

The reason it is called polypharmacy is because, frequently, they do not coordinate the multiple drugs being used. An older adult might be going between their primary care doctor, psychiatrist, neurologist, cardiologist, rheumatologists to receive all these medications.

However, a lot of these medications have their own side effects affecting cognitive abilities and when combined together, it’s even worse.

MTDHN: Tell us about PTSD with the military. Is that still an ongoing major issue?

VD: Yes. PTSD is not unique to the military, however most of the cases of severe PTSD are seen in military veterans, mainly because they were exposed to a degree of violence.

PTSD is also an issue within the general population because people suffer all kinds of traumatic events in their life. For example, experiencing the sudden death of a loved one, witnessing a devastating accident or worse, being a part of it.

I’ve been working with ketamine for 40 years now in the anesthesia operating room and emergency room setting rather than in the psychedelic setting. It’s an incredible medication; it’s a dissociative drug.

The way I like to explain it is that we have neural connections in our brain. Every so often, something gets switched–there’s a glitch in the system and the brain creates connections that shouldn’t be there which causes all these problems.

Ketamine resets those faulty neural corrections. It breaks old connections and then allows the brain slowly to recreate them.  I’ve used it many times, as a general anesthetic in the proper dose, for short procedures such as fixing a broken arm and leg quickly.

MTDHN: Where can one get more information about the services you offer?

VD: They can visit my website or join my LinkedIn group called, Dr D’s Circle, which is a unique think tank group. Membership is fun, free, intellectually stimulating, and could be surprisingly profitable!

Please reach me at [email protected].